If you're going to trudge into the jungle and challenge some of the most iconic film motifs ever, there's probably not a better choice than the Motion Theory creative team, which has previously tackled the high seas, candyland and way more over the course of many music videos.

Directors Grady Hall and Mark Kudsi — two independent directors at Motion Theory who collaborated on this project — took Katy Perry's "Roar" as a call to empowerment, leading the pop star on a journey from damsel in distress to queen of the jungle.

We recently chatted with the directors about everything from how.PETA recently hijacked a press cycle by questioning the treatment of the many animals in the video, and the general usage of animals in film production — claims which were rebutted by Katy in a statement and further countered in our interview — plus film inspirations, art directing nature and the truth about Junglescope.

Grady Hall: They're just doing what they do. They have their cause and they're trying to get animals out of entertainment. The good thing from our side is we had two reps from the American Humane Association there the whole time. Everything was totally by the book and it was a very good professional shooting environment.

Mark Kudsi: We had to curb our shooting schedule around the animals. We had to accommodate what was best for them — for their safety and the crew's safety.

Grady Hall: We don't want to give PETA a platform on this video, because that's not what it's about. It's about the empowering message of the song and finding your inner voice and expressing it.

On the imaginary power of Junglescope and the video's inspirations:

Grady Hall: We now have Junglescope.com... Junglescope is a combination of how Mark and I saw this thing. It's the ultimate jungle story and a mini movie.  It was part of the languae we started to develop when Mark and I were talking about it, which also included Glamazon and  Glamazonia.

Mark Kudsi: The whole thing started with "Katy Perry: Queen of the Jungle." That was the line that set everything off. We set out to create a mini movie — an adventure story that really engages people, while at the same time carries the message of the song. When it came to the visual language of that, we harkened back to a lot of those campy pulp movies, posters and comic books. Things like Sheena Queen Of The Jungle, Tarzan and Jane. We really dug into those in terms of the story beats and the look. At the same time we wanted to give it a modern twist and a sense of high fashion. That's where the lighting and the color came from, but in terms of the overall beats and tone, that was inspired by the old-time eras.

On Finding The Right Location and Working with Animals:

Grady Hall: It was entirely on location at The Arboretum. We wanted an idealized and beautiful jungle, so we brought in a lot of our own greens. It's a little bit of a fashion shoot, but we also wanted it to be a real grounded place. Our production designer Teri Whittaker integrated everything from our Incan statues to the basic greens, more bamboo in the bamboo forest and all these things to give it that stylized look.

Mark Kudsi: We wanted Katy surrounded by the jungle and to have that bring out the best in her. The Tiger was creatively always that metaphor. It was her finding her inner voice and facing her demons and coming through in the end. That was the deeper notion of it, but it was just a fun moment where Katy faces the former Queen of the jungle and takes her reign... The animals were great to work with and added such a unique dimension. We had ideas for how the animals would play, but a lot of what you see are the natural interactions between Katy and the monkey and the elephant. A lot of those detailed moments just happened naturally and we were lucky to be there to capture it.

Grady Hall: We planned out every beat of this. We locked ourselves in a room for a few days and had a complete timeline of it. That's where we get in our zone. When we can plan everything out and set the stage for great things to happen —where even if you only get what's on the board, you're good — but then some nice surprising moments. There were things that everyone brought to the mix, from the DP to Katy, the label, our production designer… It's a little slice of a vintage movie. That's what we were going for: A throwback movie that honored the song. 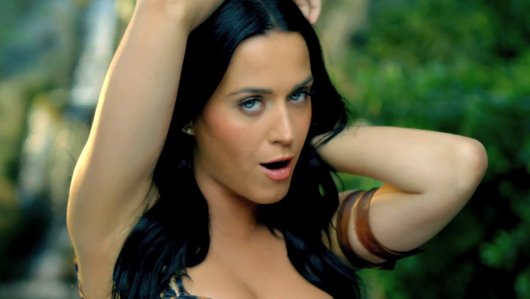 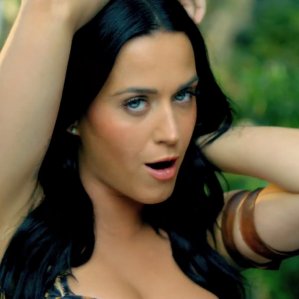