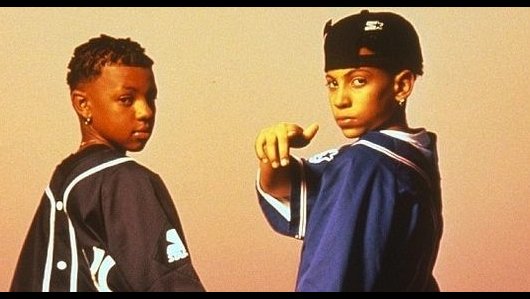 With word out that hip hop’s littlest hitmakers of the 90s Kris Kross were getting back together for label So So Def Entertainment’s 20th Anniversary concert in February, the blogosphere lit up, some embracing a reunion of the pants-backward duo of Chris "Mac Daddy" Kelly and Chris "Daddy Mac" Smith, some calling it the final nail in the coffin of '90s nostalgia.

Their debut album ALL KROSSED OUT yielded high-rotation videos for #1 Billboard hit "Jump" and its follow-up "Warm It Up," as well as an elementary school beef with East Coast Family act Another Bad Creation with the "Jump" lyric "don't try to compare us to another bad little fad." Music video director Rich Murray directed these videos — his reel also boasts the best of the Spin Doctors canon — and we caught up with Murray to ask about the challenge of producing projects for the popular pipsqueaks, the reason they shot "Jump" in the snow, and his thoughts on the Mac Daddy/Daddy Mac’s future.

Q: Let’s get the Kris Kross versus Another Bad Creation issue out of the way.  Who had the pants backwards first and where are you on this exactly?

RM:  ... except as far as my sister is concerned.  As far as my sister is concerned, I wore them backwards because the first time she ever asked me if it was my idea, I said yes. I lied to her. For years, she would tell people that was my idea and then by the time I told her that it was a joke, that wasn’t my idea, that rumor had spread all out of control in suburban New Jersey.

Q:  That’s very funny.  Not to belabor the point, but what was your reaction when they came up and these guys have their clothes on backwards?

RM:  Well, I mean, I took it in, and me and the cameraman, who was a good friend of mine and is still a good friend of mine, went to the restroom at the studio and came out with our pants on backwards.  We got a great laugh, and we kind of accepted those terms for the rest of the day, but it was very uncomfortable for those fifteen minutes.

I got a reputation for being someone who could work with a new artist, get them to really come off well on film, and really focus a lot on making them feel comfortable, making sure their performance was right, and with the Wrecks N Effect’s "New Jack Swing" video, I thought the New Jack Swing was just phenomenal.  We wanted this whole thing that felt like there’s a coming-out party for a whole new genre of hip-hop, and that was the video.  It was like the ultimate house party. So with Kris Kross, when I did "Jump," I went down to Atlanta with a concept.  I literally met them, saw the rehearsal and went back to my hotel, and we shot the next day. [The original concept] was more inventive than it needed to be, and they performed for me in rehearsal, so I called the record company and I told them, "We really don’t need this much concept. This should really be 70% performance. These guys are so incredibly charismatic and, to use the word, cute."

Q:  So originally they had some sort of big idea for this?

RM:  Well, it was a little budget video.  I did the video for $21,000, but it was more about cars driving backwards. It wasn’t something over-thought, quite honestly, so I just suggested to them that we work really as closely as we could, just making Chris and Chris come off strong as far as their performance was concerned. We simplified the concept elements, and it worked.  We cut like 60-70% of the concept, a lot of stuff we were supposed to be doing exteriors in a lot of different locations, which was kind of a common thing back then. The managers and the artists, especially on low budget videos, always seemed to have far more grandiose ideas on what was really required to make a successful video.  The record companies, on the other hand always, wanted it simplified as much as possible.  The artists were their babies, and they wanted beautiful baby pictures.

I actually did seven videos for Kris Kross and it was a year of my life pretty much — a year and a half where I did pretty much basically the Spin Doctors and Kris Kross, and a majority of those were [completed] within 18 months.  On the Kris Kross videos, there was always some circumstance.  We went to Atlanta to shoot the first one, and it snowed for the first time in Atlanta in, I don’t know, twenty years. We had significant snowfall, so we worked with it.  We used the snow in that video, and then the second video was actually supposed to be shot in L.A., the budget was like three or four times the budget of the first video, and three days before the shoot, the L.A. riots broke out.

Q: So what do you think about the 20-year reunion concert of Kris Kross and So So Def Entertainment?

RM: It’s great to see Kris Kross getting together to do a show. I know some people will say "novelty act reunion, who cares?" but what I remember from the years we worked together is how truly talented they were — and at such a young age. True talent is never out of fashion, so who knows, this could be a new chapter for them. It wouldn’t surprise me. 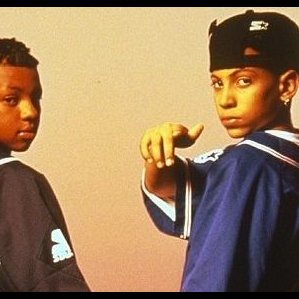