How Much Is A Video Worth In Terms Of Royalties? 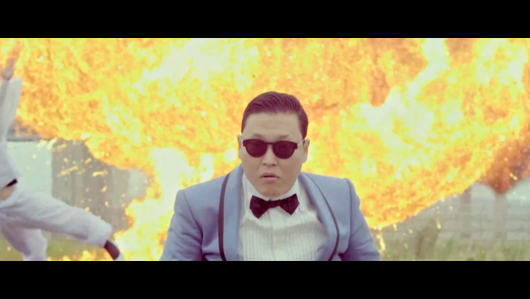 All these video royalty deals bring up the obvious question: How much royalty money is there in the online music video game? And how much could a director lay claim to?

As with most things, "Gangnam Style" provides a possible answer.

As does Ben Sisario's NY Times article on the streaming money pit, now with an addedum.

Doing the math is a bit scary, since it took over one billion views to generate $8 million, but I managed to figure out an approximate number with some help and far more zeroes than I've ever grappled with before.

The pay rate is less than a penny per play. And if we use a nice round  "One Billion Plays = Eight Million Dollars" as the formular, we get:

So, let's say the video you directed gets 1 million views, which I would say is a nice Mendoza Line for anything that can be considered a viral hit, then your video generates $8,000 in ad revenue.

How that revenue gets split is complicated and much trickier to deduce, but to be simple — and let's be real: This is a music video blog; If math was my strong suit I wouldn't have spent my professional life dealing with 3 minute pop promos— let's assume it's a 50/50 split between Google and the content provider (aka the record label). And then let's assume it's a 50/50 split between the artist and the label (hah!). And let's get super optimistic here and say that the visual creator of a music video gets half of both the label and artist take (hah!)...

Assuming all those highly speculative 50/50 profit splits, a one million music video hit would potentially net a director or other video creator $2,000. (And mind you, that's without factoring in the publishing cut. And, shit, maybe they still account for breakage?)

So, my guess for a potential rate a visual creator could lay claim to from video royalties is:

At that rate, I would figure nobody is going broke, but also nobody is getting rich. Except for YouTube/Google. And PSY.

PS: One could argue that this doesn't account for all the sales and other monetary opportunities that become possible from a popular music video. You would be correct, because it's impossible to account for that and probably even more impossible to ever get that conversation started.

PPS: Yes, YouTube has various advertising units that pay different rates, which adds another horribly complex wrinkle to figuring this all out. I've decided to pretend this is like the Physics For Poets class I took in college and that it's cool to ignore wind and all other variables other than gravity when calculating the speed of a falling object.

PPPS: Nate Silver could probably come up with a much better evaluation than I just did. 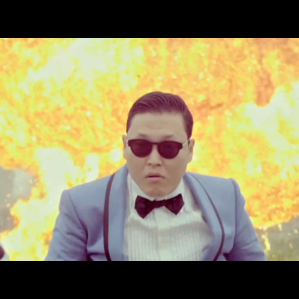