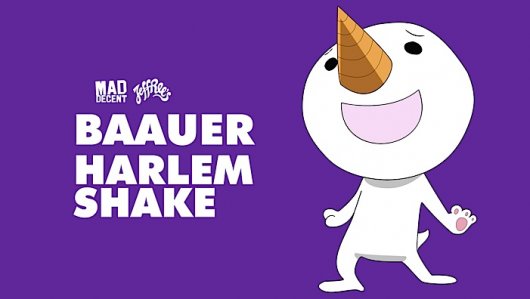 If I was a radio guy, I would be very worried about the new Hot 100 chart formula. But everyone should take notice.

Billboard's Hot 100 has long been the barometer used to judge the country's biggest hits — incorporating radio and sales data. Want to top the charts? Get your ass on radio and sell some records. And to do that, you need supporters, a team and the ability to wage a proper promotional campaign.

This week, Billboard changed the formula and started counting YouTube streams toward the chart. And as a result "Harlem Shake" didn't just debut on the charts. It debuted at #1.

This is The Harlem Shake:

The #1 song in the country is the meme of the moment. There's no radio play — it's not in the Top 40 at any format. There's no proper video for it, just viral clips made by a mix of nobodies, somebodies and anybodies.

It's all based on the power of  YouTube and iTunes, where it's the #1 selling single.

And the Harlem Shake is mainstream music's pivot into post-modernism.

I mean, Harlem Shake isn't even really a song. It's a loop with a catchy as crack 30 second snippet that repeats for about three minutes. Listen to the first 30 seconds and you basically know all you need to know, which makes it ideal for viral videos.  And it's got nothing to do with the Harlem Shake dance, even though the meme relies upon a dance that's also barely a dance.

Strangely, the formula actually involves a film technique that are probably taught in every 101 class, so maybe Harlem Shake will replace the bone-into-spaceship as the go-to "this is a jump-cut" example. Which is either awesome or sad, depending on your personality.

And there's not one video getting all the views. It's hundreds, if not thousands of fan-created videos: Some with millions of views, some with just a few. But the money is centralized. The copyright owners have no incentive to issue takedowns on YouTube since they can use a new system called ContentID to claim videos that use the song and immediately start monetizing off it.

The people who aren't making money? The videomakers and stars, of course. But, that's nothing new as we know.

And the scariest thing of all? This might mean that Keyboard Cat is a retroactive #1 hit and that the official arbiter of what's pop success will measure what is truly popular.

And the results may be scary. 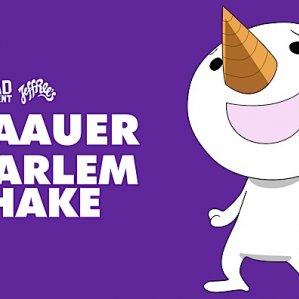 That is funny.
Tags: Blog