Comedian Hannibal Buress and director Kristian Mercado Figueroa aka Kris Merc set out to make a weird, charming, and surprising piece of content for car sharing marketplace, Turo. Building on a relationship that began as a podcast sponsorship jingle, Turo hit up Buress, to expand the partnership into larger format content.

“The beauty of this collaboration is that Hannibal is a genuine Turo enthusiast. We kicked off our relationship when he organically mentioned the “buttery” Tesla he booked on Turo during his podcast,” said Turo CMO, Andrew Mok. “The videos we created with Hannibal and his team represent the Turo story – we have the perfect car for every occasion, even if that occasion is getting a burrito at a drive-thru”.

Buress brought on Merc along with writer Haji Outlaw (The Eric Andre Show) to develop the concept, giving viewers a glimpse into a big night out for the star (trip to the burrito drive-in) and how Turo makes the journey possible.

Go behind the scenes on the shoot: https://www.youtube.com/watch?v=i4Zb5sOVhdM

“When I started discussions with Turo about potentially doing videos for them I immediately brought up Kris Merc,” said Buress.  “He has the ability to make anything pop visually.  I've worked with him on a handful of things before and he brings lots of fresh ideas and elevates whatever project he's working on.”

Along the way, Buress and Merc plotted a surprise for the crew - and ultimately for the client. With fifteen minutes left in the shoot day, the crew was surprised with an on-the-fly music video shoot for “Turooooooo.” Merc started screaming get that hot pink, and neon blue on set, let’s do this. As he blasted music from a speaker, flipping the script in an instant. Check out the resulting music video:  https://www.youtube.com/watch?v=yYWEX0FyApo

“This wasn’t something they had requested. It was something fun and spontaneous that came out of working on this concept with Hannibal. Me and Hannibal kept talking about making something with the song, and the idea of the music vid at the end of the day kind of happened naturally. It just left everyone smiling,” said Merc. “It’s making me wonder how to end shoots with surprising finales or unexpected pieces of branded content that feels fresh and cool…”

Merc brought his creative partners, EDITBAR owner/editor Michael Reuter and Nice Shoes colorist Phil Choe to handle post production. Reuter cut part of the project while working out of Nice Shoes’ NYC studio, where he’s represented in the New York market making it a LA, Boston, and NY production. Choe than did the final color, creating a strong contrast between the everyday world of Buress and the neon soaked fantasy world he enters once he secures the burritos, possibly through time travel. It’s not 100% clear if the DeLorean he rents from Turo transports him through time as well as space.

The Turo team was blown away by the spots and incorporated the music video it into their landing page for the campaign as an Easter Egg for fans. The infamous Konami code even works as another way of unlocking the video.

“At a time where there is a constant demand for more content, it was great to be able to surprise, and surpass a client’s expectations with an additional piece of content completely outside of what they asked for,” concluded Reuter.  “It’s a testament to the Turo team - their creativity, the confidence in their brand - that they embraced what we made and extended the campaign with it.” 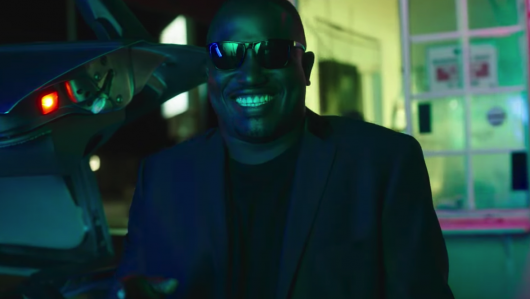 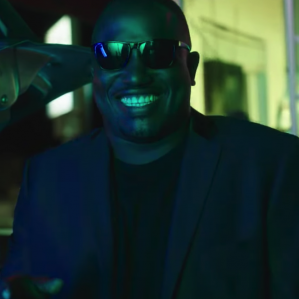