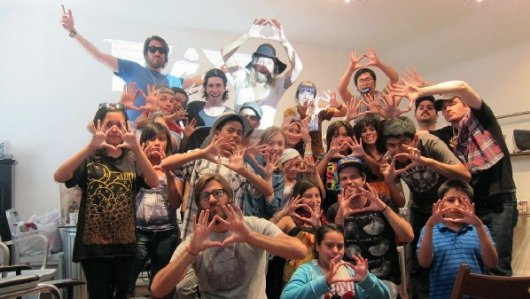 Today marks the OMG Everywhere organization’s launch of their 2013 Summer Sessions, a series of film workshops, free of cost to student participants, designed to give kids an opportunity to experiment creatively, develop artistically and learn new skills in a collaborative environment with established music video directors.  The pilot program began in Los Angeles in 2011 and is now expanding its reach to include New York City and London.

During the week-long programs, each child receives hands-on experience through group sessions, learning how to operate cameras, green screens, and stop motion effects, ultimately directing performances of local musicians - all in an open, creative environment.  At the end of each course there is a group show at a local theater, displaying the students’ music video creations.

"OMG has always been about inspiring kids to see that everyone already has the tools they need to express themselves,” says Isaac Ravishankara, President of OMG Everywhere.  “The support has been overwhelming, and this year, we're excited to finally start putting the EVERYWHERE in action - expanding to New York and London, to begin collaborating with new kids and filmmakers around the world."

OMG Everywhere is a nonprofit that was created by music video professionals aware of the dwindling financial support of arts education and committed to sharing the spirit of collaboration with the next generation.  We believe that looking at the world through the lens of a camera can help expand a person’s worldview, enabling them to begin seeing the universe as a place subject to manipulation by their own imaginations.

To donate, sponsor, volunteer, view previous music video collaborations or to register, visit www.omgeverywhere.org.  Applications for 2013 Summer Sessions will be available online as of May 15. 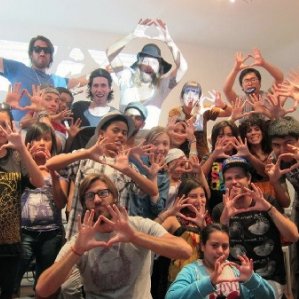