Music video junkies: If you haven't seen the SPECTACLE: THE MUSIC VIDEO at the Museum of the Moving Image, you need to get off your couch/chair/floor: The exhibit ends Sunday, June 16.

To sweeten the deal, however, there are several screenings coming up with various special guests, including a screening of the Fugazi doc Instrument tomorrow night, Friday June 7, with director Jem Cohen and Fugazi singer/guitarist Guy Picciotto. If you don't realize how awesome that is, then I feel bad for you.

Also cool as hell is a discussion with Public Enemy's Media Assassin Harry Allen on Hip-Hop in the YouTube age. (Here's a wild guess: He views it as a wasted opportunity), and an evening with recording artist Woodkid aka video director Yoann Lemoine...

Unless otherwise noted, film screenings take place in the Sumner M. Redstone Theater and in the Celeste and Armand Bartos Screening Room at Museum of the Moving Image, 36-01 35 Avenue (at 37 Street), Astoria, and are included with Museum admission. Advance tickets for some special screenings and events are available online at movingimage.us or by calling 718 777 6800.

Dir. Jem Cohen. 2003, 115 mins. Digital projection. With Brendan Canty, Joe Lally, Ian MacKaye. Fugazi’s DIY ethos is taken to heart inInstrument, Jem Cohen’s insightful video document of the band’s life over eleven years—from 1987 to 1998. The film, shot in numerous formats, compiles concert footage, interviews, and audience portraits spanning the range of Fugazi’s activity during the period. Instrumentis a tribute not only to the band’s continued critical and popular acclaim but also to the independent music scene of Washington D.C. where Fugazi grew up and found its calling. (Part of the series Play This Movie Loud!).

Dir. Jonathan Demme. 1984, 88 mins. 35mm. With David Byrne, Tina Weymouth, Bernie Worrell, Alex Weir. In Stop Making Sense, big-white-suited Talking Heads leader David Byrne is on the verge of something; maybe a nervous breakdown, maybe transcendence. “Don’t touch me I’m a real live wire”, he warns early on, and this might as well serve as the description for the entire film. Each song contains an electrical pulse that passes from one moment to the next, building upon its own momentum until the entire performance lifts off the ground and vibrates on a frenetic, exuberantly joyful frequency captured beautifully by music-enthusiast director Jonathan Demme and a team of ace cinematographers led by Jordan Cronenweth. (Part of the series Play This Movie Loud!).

Dir. David Byrne. 1986, 90 mins. 35mm. With David Byrne, John Goodman, Annie McEnroe. On the occasion of its 150th anniversary, the town of Virgil, Texas stages a “Celebration of Specialness” to commemorate the event; meanwhile a cowboy-hat-wearing David Byrne takes the opportunity to make the acquaintance of some of the towns more eccentric citizens. Filled with off-kilter tales and mediations on the peculiar shape of modern living and featuring a bevy of musical interludes, True Stories is an absurdist look at small-town America filtered through the ever-inspired mind of the enigmatic Talking Heads front man. (Part of the series Play This Movie Loud!).

Dir. Lars von Trier. 2000, 140 mins. 35mm. With Björk, Catherine Deneuve, David Morse. In Lars von Trier’s raw, hyper-real reinvention of the musical, Björk stars as Selma Ježková, a Czech immigrant who moves to America in order to raise money for her son’s eye operation. Going blind herself, Selma dreams of being in big Hollywood musicals while she struggles at her job at the local factory. Just as she is reaching her goal, tragedy strikes, and Selma is forced to face consequences outside of her control. Alternating between coarse hand-held camerawork and glossy musical production, Dancer in the Dark is an emotionally devastating portrait of the struggle between a woman’s dreams and her reality. (Part of the series Play This Movie Loud!).

How is the rise of Internet video affecting hip-hop? Writer/broadcaster Harry Allen was an early proponent of the Internet, strategizing an online presence for Public Enemy as early as 1991, and publishing the print journal *rap dot com* in 1994. In this event, Allen will lead a discussion, accompanied by a wide selection of clips, exploring online video's significant impact on hip-hop culture. The medium, Allen argues, is changing the message. It is doing this through enabling personal visions that don't fit traditional television formats; providing an outlet for even more direct communication between artists and fans; reviving rare video content; and by other means. Hip-hop has consistently absorbed and incorporated the technology around it, mutating slightly with each new addition. The web provides no exception. Where both go next will be the ultimate focus of this review.

The Soundtrack Series is a live show and podcast that celebrates music in our everyday lives—from the hilarious or heartbreaking stories and memories we forever tie to certain songs, to the debates we have over music’s most famous arguments. In conjunction with the exhibition Spectacle: The Music Video, this special edition features writers and performers telling personal stories about music videos—how one video made a mark on their lives. The event will hold a magnifying glass up to the influence that videos have had on our culture by zeroing in on the personal, specific ways that they have mattered to us. Dana Rossi is the creator and host of The Soundtrack Series, which is regularly presented live at The Gallery at Le Poisson Rouge. Flavorpill has called the series “the best rock and roll storytelling event in New York.” Please note: Due to a scheduling conflict, hip-hop artist Jean Grae will not be able to participate as previously announced.

Free admission. Tickets will be given out first-come, first-served on the day of the program.

Yoann Lemoine is an accomplished filmmaker and musician. He is best known for his music video collaborations with Lana Del Rey ("Born to Die"), Katy Perry ("Teenage Dream"), and Drake featuring Rihanna ("Take Care"). Under the stage name Woodkid, he has just released his first album, The Golden Age. Serving not just as a singer-songwriter, Lemoine directs all aspects of the music and image for the project. He will discuss his career and show highlights from his work.

Free with Museum admission. Tickets will be given out first-come, first-served on the day of the program.

Some of the most exciting videos featured in the Museum’s exhibition Spectacle: The Music Video use stop-motion animation in fun and creative ways. In this 90-minute workshop, children will have the opportunity to create their own music video using some of the same materials and techniques featured in Spectacle. After visiting the exhibition with a Museum educator, participants will work together to make an animation with Legos, found objects, or themselves. Ages 8+
Materials fee: $10 / $5 for Family members. Family-level Museum members may reserve tickets in advance by calling 718 777 6800.

Museum of the Moving Image (movingimage.us) advances the understanding, enjoyment, and appreciation of the art, history, technique, and technology of film, television, and digital media. In January 2011, the Museum reopened after a major expansion and renovation that nearly doubled its size. Accessible, innovative, and forward-looking, the Museum presents exhibitions, education programs, significant moving-image works, and interpretive programs, and maintains a collection of moving-image related artifacts. 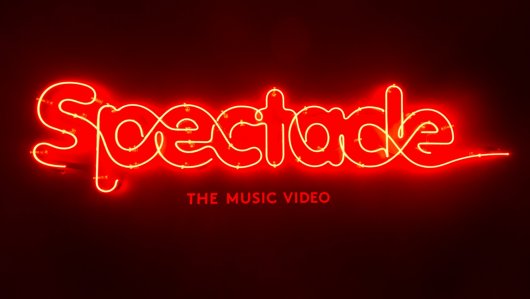 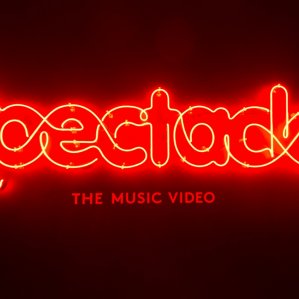