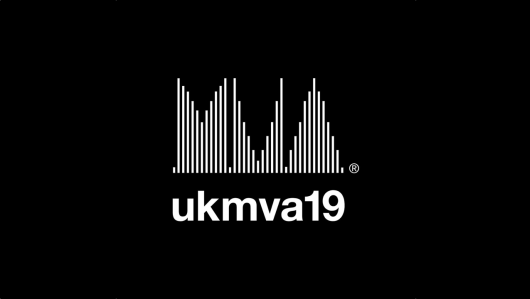 The UK Music Video Awards 2019 is now open for entries today, accepting music videos and music films from the past year. Entry deadline is August 2, 2019, and the event is scheduled to take place October 23 at London's Roundhouse.

There are over 30 categories, with opportunities for UK and International submissions.

Visit ukmva.com for submission information and more details. And read on for the full Press Release

The UK Music Video Awards 2019 opens for entries today (June 5th) giving filmmakers two months to submit their best music videos and music films of the past year. The leading global awards programme for music video creativity, the UKMVAs will culminate in a celebration of world-beating visual work at London’s Roundhouse on Wednesday 23rd October 2019.

The UKMVAs has been bestowing honours on the best work and greatest achievements in music videos since 2008. In that time, it has grown into the most important annual event in the calendar for the world of music video production. The global reach of the competition last year saw entries from more than 30 territories, with filmmaking talent from around the world nominated alongside both new and established British talent.

At last year’s UKMVAs, music videos for an international fleet of artists as diverse as Childish Gambino, Florence + the Machine, The Blaze, Young Fathers, Sevdaliza and Rosalía were among the big winners on the night, while British commissioner, producer and director’s rep, Carrie Sutton was honoured with the Outstanding Achievement award. Barcelona-based directing collective, CANADA, won the Best Director award, and young British talents Zhang + Knight collected the Best New Director trophy, while Somesuch picked up the coveted UKMVAs’ Best Production Company award.

Kicking off with a visual campaign designed by British artist Jimmy Turrell, working with the UKMVAs longstanding creative directors at StudioThomson, the Awards celebrates the visual craft and ingenuity inspired by protest with a clarion call – VIVE LA MVA!

This year sees the introduction of a new category to the UKMVAs: Best Special Video Project. Designed to recognise music film projects which extend beyond a single video, the category has been introduced in response to the growing number of video EPs, video albums and other extended works which go beyond the boundary of primary music videos.

The UKMVAs launches with a number of longterm supporters back on board as partners: leading camera and lighting company Panalux will sponsor the highly prized Best Cinematography award, while Procam, Europe’s largest digital cinematography hire facility, returns to sponsor the Best Live Video award. Innovative finishing house CHEAT once again supports the hotly-contested Best Colour Grading category. Award-winning London edit house, Cut+Run continue their sponsorship of the Best Editing in a Video award, and cultural icon, i-D, lends its support once again to the Best Styling category. The Mill backs the brand new Best Special Video Project category, and its team are assisting with bringing the UKMVAs visual campaign to life through animation, while audio studio, Jungle, are lending their support with audio production on the idents. Post production house, LEAP, another long-term partner, will be interpreting the visuals for the big screens on the night of the Awards.

The UK Music Video Awards editorial director, David Knight, says: “I think it’s panning out to be something of a classic year for music videos. There are so many interesting things going on in every type of music and at all levels of the industry in terms of videos and visuals. We have a new generation of visually-literate music artists teaming with talented filmmakers and that’s resulting in consistently thrilling work. So this year’s UK Music Video Awards promises to be one of the most exciting we’ve ever had.”

The UK Music Video Awards 2019 is now open and accepting entries in over 30 separate categories, including genre-led awards, as well as specific technical and craft awards, and awards for individual producers, directors and commissioners, and for overall production companies. Submissions should be made via the dedicated website at www.ukmva.com until the entry deadline at midnight, August 2nd 2019 (BST).

The award categories are:

Best Special Video Project in association with The Mill

Best Production Design in a Video

Best Styling in a Video in association with i-D

Best Choreography in a Video

Best Cinematography in a Video in association with Panalux

Best Colour Grading in a Video in association with CHEAT

Best Editing in a Video in association with Cut+Run

Best Visual Effects in a Video

Best Animation in a Video

Best Producer in association with WPA 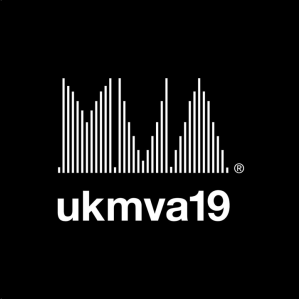