MVPA and MVPA Awards Return for 2020 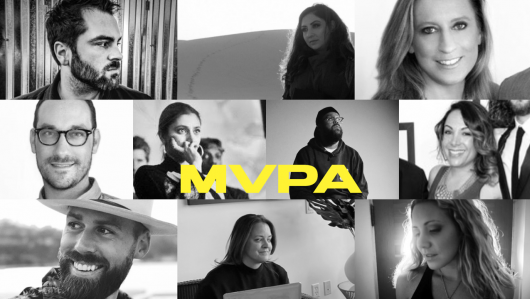 The Music Video Production Association (MVPA) has announced a return to action, including the return of its MVPA Awards celebration. Formed over 30 years ago, the MVPA stands as the official organization representing music video creators, serving as a community for the industry as a whole.

The MVPA has also announced a partnership with the UK Music Video Awards, wherein any videos by U.S. directors, production companies or artists that are entered into the UKMVAs this year will automatically qualify and be entered for the MVPA Awards in that same category. The UKMVAs are already accepting submissions for eligible work completed between August 1, 2019 and July 31, 2020 at their website www.ukmva.com, with an August 3rd deadline for entries. The MVPA Awards is being planned as an intimate sit-down dinner and show in Los Angeles this November.

Read More for the full Press Release announcing the return of the MVPA and the MVPA Awards.

The Music Video Production Association (MVPA) is back in action, and with it comes the return of the MVPA Awards in 2020. Started over 30 years ago, the MVPA is widely recognized as the official organization representing music video creators. Serving as a community for the industry as a whole, the MVPA has organized events and awards shows and provided a forum for discussions of mutual concern between production companies, record labels, crews, suppliers and all interested parties.

“Our vision for the new MVPA is very clear,” says Petikyan. “We have been spending a great deal of time building a strong community of members who are now on various boards. The issues we plan to tackle as an organization will not only relate to the production of music videos but will also be a force that will help rebuild the music video community and meet demands to foster our creatives.”

“The MVPA and its board will be committed to tackling issues of diversity in our industry by bringing about change and helping creatives attain opportunities to work in the music video field. We will be starting an initiative to highlight diverse talent in directing, producing, art direction, cinematography and various other fields. I could not be more excited to relaunch the MVPA at a time when our community needs to be united more than ever.”

Over the past decade, the principals and board members have kept the MVPA going pro bono, maintaining the non-profit as the label and music video communities faced a decline in revenue and budgets with the advent of online streaming.

“It took some time for music sales to find its formula in making a profit again, but in the past few years we have seen growth,” explains Petikyan. “Music videos are back and are impacting culture now more than ever.”

“After a volatile decade and now, in the midst of a global pandemic and the current tensions surrounding racial issues, the need to build and strengthen our community has become all the more evident. We must work together to develop tools and guidelines in order to get back to work and to protect our crews, our companies and our clients.”

Adding more strength to its next incarnation, the MVPA has partnered with the UK Music Video Awards, an important force among the global community of music video professionals. As part of the alliance, any videos by U.S. directors, production companies or artists that are entered into the UKMVAs this year will automatically qualify and be entered for the MVPA Awards in that same category. The UKMVAs are already accepting submissions for eligible work completed between August 1, 2019 and July 31, 2020 at their website www.ukmva.com, with the deadline for entries being August 3rd.

Louise Stevens, Event Director of the UKMVAs, remarks, “Creativity, innovation and a willingness to collaborate have always been crucial to music videos – and rarely has it been more vital than this year. In that same spirit, we’re delighted to unite with the MVPA, and throw the might of the UKMVAs behind the rebirth of the MVPA Awards. This collaboration provides a new platform to celebrate the music video art form in the U.S., and even greater exposure for the filmmaking talent behind the year’s best work. We look forward to honouring those achievements at the UK Music Video Awards scheduled to take place on October 29th in London and at the MVPA Awards later this year.”

Some brand new chances to win have been added in 2020, including Best R&B/Soul Video and Best Hip Hop/Rap Video. And to recognize the creativity of directors and their collaborators during the Covid-19 pandemic, the category of Best Lockdown Video is open to any single-track video created during the period of quarantine.

The MVPA Awards will be an intimate sit-down dinner and show held in Los Angeles, and is currently being planned with the hope and aim of November. As for who takes part in the voting, the MVPA will be recruiting a special jury of U.S. music video professionals from a variety of backgrounds and specialties.

Members of the MVPA board will also be among the jury panel (judges are restricted from voting on a project that was produced by them, their company or their directors.) Comprised of active and well-respected leaders within music video production, the fresh board member lineup includes Brandon Bonfiglio (EP/London Alley), Candice Dragonas (EP/Prettybird), Angel Rosa (EP/AJR Films), Danielle Hinde (EP/Doomsday), Tara Razavi (EP/Happy Place), Charleen Manca (EP/Supply & Demand), and Isaac Rice (EP/Hound). 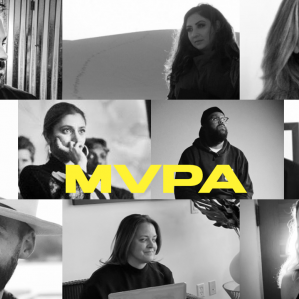