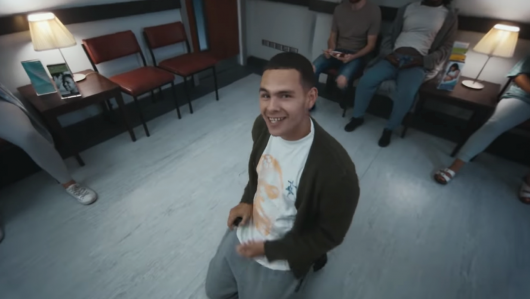 A trip to the waiting room with unexpected results. 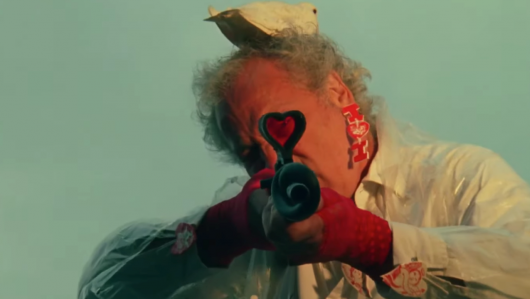 Things flow according to a unique rhythm here. 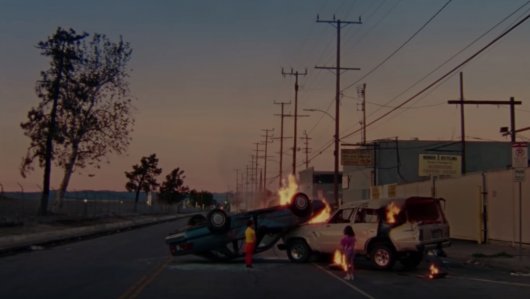 A car crash and a rip in reality where things fall apart. 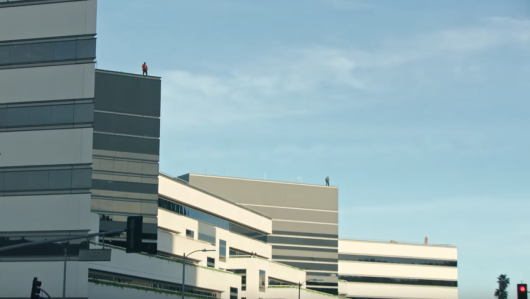 From a palm tree performance perch to a comically busy trading floor to the barbershop and rooftop to rooftop and a busy intersection: Kendrick Lamar and crew deliver another idiosyncratic winner. 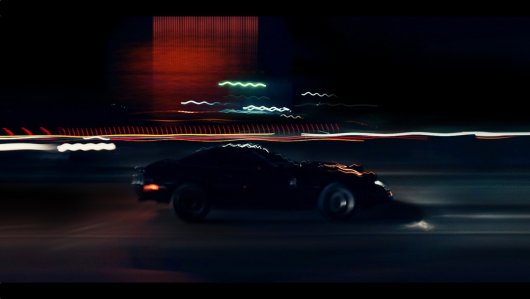 Nightriding at the speed of sound...

Alexander Brown, director: "Early on, James explained the song was initially about comparing yourself to other people. Specifically, that feeling when you’re in traffic it always seems like you’re in the slowest lane.

James had this video reference of a guy driving through Moscow that he’d seen online. When I watched it, it had such an incredible quality and smoothness to it. But it was, in of itself, a fairly pedestrian YouTube video. As it turns out - recording your motorway journey and posting it online is kind of a thing. But I knew exactly what made that video stand out and why it felt right for the song. It had a hypnotic compelling quality that I wanted to try and capture.

The important thing for me was to make a film that wasn’t mundane, but had that magic to it that is present in the music. Every time I drive on the motorway, I am always struck by the way lights reflect on the bodywork of cars. They’re mirrors which distort their reflections, and there is a real rhythm there. It was always in the back of my mind as something that would work in a video.

We took a completely low fi approach to filming, rather than over engineering anything. Capturing this sort of thing is tricky with a film camera as it’s so dark. So, I shot it using my very basic camera - It was weird to shoot a music video for such a high-profile artist on the camera I normally take with me on holiday. But with conventional cinematography, it wouldn’t have worked the same, and would have blown the budget with all the road closures and permits. Keeping it small meant I could shoot for longer with a much smaller crew – sometimes just on my own.

We didn’t want a car that was too swish, but it needed personality. The car we ended up using for the video is a 1991 Corvette. It’s absolutely insane. The dashboard and the dials look like something from an aircraft carrier. It felt like the designers had probably watched Top Gun and Tim Burton’s Batman and designed a car around it. It really feels like a product of its time. A sort of poor-man’s sports car.

Filming was a long process. It was about a week’s worth of driving around LA and the UK with a camera mounted to the car. I wasn’t sure what I was shooting as the camera was mounted to the glass outside. It’s very disorientating to not know what you’ve actually shot. You need to be really patient and just keep driving. An hour of driving gives you about 2 minutes of footage. Of which maybe 15 seconds of that is interesting.

This is such a homemade film. I shot it all myself and it’s much more of a hands on experimental approach than I’m used to." 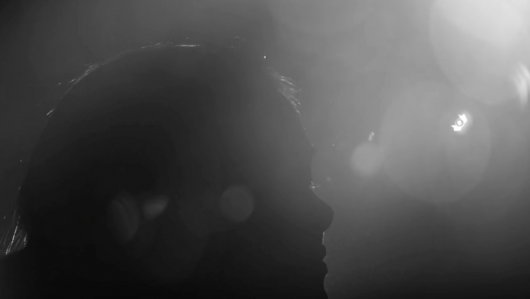 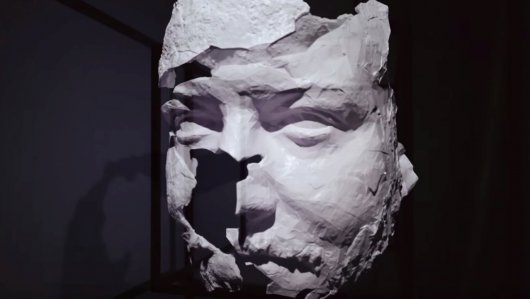 Optical illusions, shadows and even some fire provide the visuals for this James Blake x Bon Iver collabo. 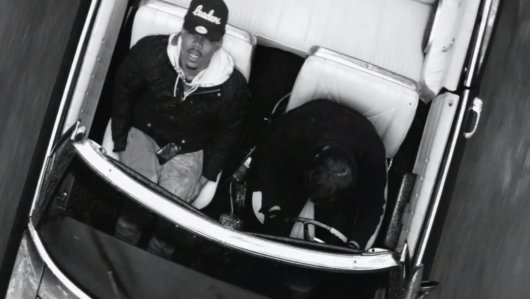 A lowrider cruises through the haunted English countryside in this dreamy b/w video...

James Blake takes a wooded walkabout to the ocean's edge in this gorgous new NABIL video. It's clearly a dreamscape, with death stalking Blake's every step and threatening to snatch him off to a forever slumber.

There's a trippy world within the grooves of the record that opens this animated video for James Blake. It's kind of like "Spin The Black Circle" gone Molly. (PS: I couldn't find the original teaser video for STBC, but it's not so different from what I linked to)

An asteroid hurtles toward the earth just as our motorcycle rider enters an old abandoned host to confront the ghosts of his past. And when impact arrives, it's a beatiful moment that makes time stand still.