Most videos start with a treatment, which is essentially an idea put on paper. Some treatments are incredibly detailed, some are simple. Some videos wind up looking exactly as described in the treatment, and sometimes videos morph during the production process into something much different. In this recurring segment IN TREATMENT, Doug Stern compares and contrasts the original treatments with the final videos...

In early 2000, most people had never heard of any rapper who wasn't from New York, California or Atlanta, so the clip for Nelly's "Country Grammar" had a lot of introductions to make.

In the treatment from director Marc Klasfeld check out all the set-ups — a hotel room, a barbershop, a nightclub inside the Arch — that never made it into the actual clip. In the finished video, we do get a ton of personality and charisma from Nelly, an early inductee into hip-hop's shirtless brigade. The artist looks big in the frame and is clearly the star despite the massive crowd of people around him — perfect for introducing someone who would become one of the biggest hip-hop stars from the start of the millennium.

Marc spoke with me to discuss the treatment and how it all came together.

Doug Stern: You've probably shot a lot of videos for new artists that never really take off. Were there clues about how big Nelly might become when you were making 'Country Grammar'?

Marc Klasfeld: Funny you should ask this because I use this Nelly video as a case in point to this issue. The very same week I directed a video for an artist named Devyne Stephens. Devyne had an incredible amount of buzz because he was the choreographer to the stars: Missy, Puffy, Aaliyah, etc.  He had huge support from his label and all these celeb cameos and such. And I just thought it was a done deal, that his project would be a smashing success and Nelly's would go nowhere.

This song had been around a while in St. Louis, I think about two years, believe it or not.  And they had tried to make the video about 6 months earlier and then they cancelled it due to lack of buzz or something.  Then, they asked me again, at a lower budget. So it just didn't seem like Nelly had much going on or much support. Boy, was I wrong.  I also stopped making predictions.

DS: This concept is all about introducing the artist and his city - how much input did you get from Nelly about what or where they wanted to shoot?

MK: Obviously repping one's city has always been big in rap. Once I directed Juvenile "Ha" to some success, a similar video that introduced an artist and his city, it seemed I got a lot of calls for rappers wanting, in essence, the same thing.

Shooting in St. Louis was a blast. I always love to do videos outside of LA or New York and still do because there is an energy and excitement that is contagious. Not everyone is so jaded. You obviously see that in the video with all those people showing up on that block.  You can feel their excitement through the video.  Just really earnest, down-home, kind people.

Nelly also introduced me to a one dollar strip club in East St. Louis and a steakhouse where you can pick your own steaks off the rack. Other things you don't find in LA or NY.

DS: No finished video ever ends up exactly like the treatment. How did that play out on this project?

MK: A music video treatment is always a rough blueprint.  I liken music video making to improvisational jazz.  It's always in flux like no other filmmaking medium.  Reading this particular treatment again, its horribly written and really doesn't say all that much.  I think Nelly had the idea to do a nightclub in the arch, and there was also the idea that  Los Angeles had the low rider and Atlanta had the hooptie, but St. Louis had the muscle car, so they wanted to feature that.  And I most likely just put as little down on paper as I could to still get the job, knowing I'd just figure it out when I went there.  That's how it usually worked best, particularly in those days, as I love to embrace the chaos and find the magic in a video.

I want to capture the St. Louis scene around NELLY and introduce it to the Hip-Hop world.  The clip will combine hot performance scenes from NELLY with street flavored moments of sexy women, the St. Lunatics and their cars in real St. Louis locations.  The song has a great party vibe and the video will have a ton of energy.  The areas we shoot in will all have a St. Louis street flavor.

For our main scene, we will create the Arch as a nightclub.  A line of people will be waiting outside to get in.  To create the interior, we will use NELLY’s concert performance to fake it.  Thousands of people will be cheering as NELLY is performing on stage.  All eyes are on NELLY, backed by the St. Lunatics, as he performs.  Slow motion shots will capture individual moments of people dancing and going crazy in the crowd.  To create a bigger feel, there will be people hanging off the walls and bouncing in every area of the place.  This would be a good place to have cameos of the St. Louis Rams as well.  The scene will look larger than life.

Another performance scene with NELLY can have him surrounded by a row of different 70’s cars set up in a semi-circle in the middle of the street.  Behind him, we can find a famous local landmark - A neighborhood restaurant or The Arch (NELLY's input here for location ideas).  This will create a dynamic backdrop as NELLY stands in front.  Dollying up and down the street in a low angle will create NELLY as an invincible figure as he performs.  The St. Lunatics and some sexy ladies are sitting around the cars in the background.  The scene will be hot as he flows with his rhymes in the camera's face with the cars creating a lavish looking backdrop.

We will also shoot smaller non-sync street moments with NELLY that will capture his personality and show off more of the St. Louis scene. We will also do a drag racing scene in an abandoned part of the city.  Cool slow motion shots of the cars peeling out will add local flavor to the video.  Some sensual moments will be captured in a hotel room with some sexy ladies.  NELLY & the St. Lunatics are chilling in the room having a good time as the ladies dance for them.  Other locations to represent where NELLY can be just hanging out with some of his friends could be a local barbershop, rim/tire shop, record store, or a neighborhood street  corner.  I also want to get NELLY's input for other locations or scenes to represent.

The look of the video will have a saturated 35mm color look.  Pristine lenses will give us ultra-sharp picture quality.  Slow motion will capture many personality moments of NELLY or others around whatever scene we are shooting.  The video will introduce NELLY and St. Louis to the rap scene.  NELLY will look like a ghetto star in these urban flavored scenes. 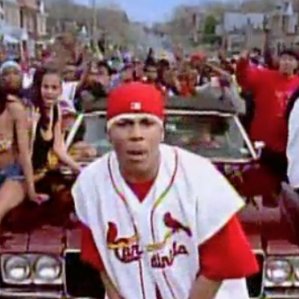