The Essential Rules Of Music Videos 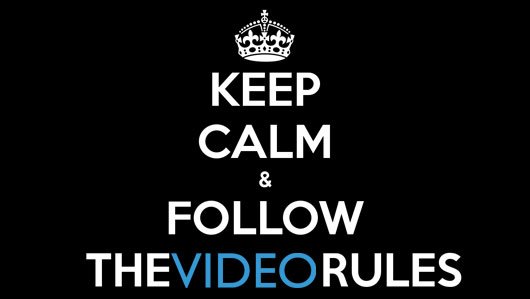 I've been in the music video industry long enough to have seen nearly every mistake that's ever been made. And that includes many videos which have never officially see the light of day. There are many essential rules for making a music video. These are just three, but it's a start. As with all creative endeavors: Feel free to break all of them, but only if the artist and director are really talented. Otherwise, keep calm and follow the video rules.. READ ON

Over the next few weeks/months we'll be presenting other points of view — some more technical, some more practical — plus additional rules and much more. And yes, some will be obvious, but those are only inclued to make you feel smart.

For now, here is my perspective, as someone who has seen practically every music video made over the past 15 years, in addition to consulting on many video productions and promotional campaigns to all sorts of channels and other outlets.

These three rules won't guarantee you make a good video, but it will at least ensure that you're setting out to make something worthwhile...

Rule 1: Figure out why you're making a music video

I personally believe that every song should have a visual partner, especially in an age where YouTube is the primary way many people "listen" to music. And someday that will surely be the norm, but for now you're only expected to make videos for singles or focus tracks. But even then, there's certain questions you need to figure out:

Figure out what you're trying to accomplish. It should be obvious. A good video for Radiohead is not a good video for Omarion, which in turn is not a good video for Brad Paisley. Imaging a pop artist can be substantially more expensive than imaging a punk rock band for all the obvious reasons. And realize you probably can't achieve everything, so pick your poison. Most likely you can't position the artist as a crossover star, break amazing technical ground and make an important societal point all for a bare-bones budget.

Know your artist, know your audience and have realistic expectations. Otherwise you're wasting time and money.

Rule 2: Don't Spend More Than You Absolutely Have To

Music videos do generate revenues, but unless you hit the "Gangnam Style" jackpot, it won't be enough to buy a boat, let alone recoup the budget. So, whatever you make is going to essentially be an investment in the overall artist.

One of the (many) weird quirks of music videos is that the budget is usually roughly determined before you even start to decide upon the creative aspects. That's because most record labels are (fairly) good at determining the commercial viability of an artist/single/album and know that a music video budget can single-handedly destroy an otherwise decent P&L sheet.

This is why Beyonce gets to spend well over $100k on a video and a baby band gets to spend less than $10k. Beyonce has a defined market, a track record and needs to be competitive in a high-stakes pop marketplace, which often means lots of glam and other flashy bits. An indie band usually just needs to be cool and creative, which is somewhat harder, but generally less expensive.

As Fall Out Boy put it: This ain't a scene it's an arms race. Use the appropriate firepower. (They have a #1 album this week. It's totally cool to quote them. Trust me.)

Rule 3: Figure Out Why Anyone Would Watch Your Video

I'm pretty sure I cribbed this rule from director Keith Schofield, but he's probably used to being copied, so it should be fine.

When you are deciding on what kind of video you're going to make, ask yourself:

"Why would anyone watch this video"

If the best answer you come up with is, "Because the artist is my cousin," then you are not making a good video.

Rule 1 and 2 come into play here. Not every video is designed to go viral. Maybe what attracts the views is that it's a great song and the video is a placeholder. Maybe you're just trying to define an artist's look and vibe. Maybe you're concerned about the video overshadowing the song.

But, if you can clearly and realistically identify what elements of your video are compelling, then chances are you are making a video that will achieve your goals. 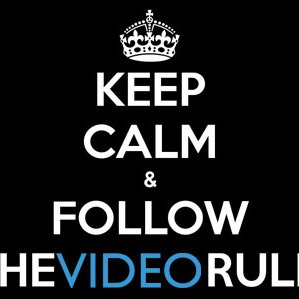