Boards of Canada - Reach for the Dead

Boards Of Canada "Reach For The Dead" is a video defined by its cinematography of ghost towns and deserted landscapes.

Cinematographer David Myrick joins us to here walk us through that world and how they used a vintage Bolex film camera to bring a unique vibe to the project.

DP David Myrick on Bringing Back the Bolex...

"This year a few projects came up with the idea to create a vibe and energy that felt vintage but had a modern approach to composition.

Director Neil Krug approached me about an upcoming video for the Boards of Canada song, ‘Reach for the Dead’. He described the look that the band and himself were looking for and at that moment I knew I had to pitch him on the 16mm Bolex.

I had just gotten back from the telecine of a previous video that I had shot using the Bolex and knowing Neil, since we’d collaborated before, I knew I could pitch him on shooting with this camera as well.

So, we decided to use the Bolex for this job. With the Boards of Canada shoot, the band had been very specific with Neil in that they did not want any people in it and that we needed to create a vibe that felt both abandoned and post-apocalyptic. Both of us knew that this was going to be a challenge since the song is almost 5 minutes long.

To keep the story going using only images of the environment that we had chosen and with the last video project fresh in my mind, I knew that we could bring some real flavor to the Boards of Canada project by using the lens turret on the Bolex. I saw what a cool energy that it had brought on the last project and I felt that we could bring it even more alive than the my last shoot since I had already been able to experiment with it. By using some of these ideas that I had learned from the last project, I was able to really bring that concept to life.

Another idea we had was to keep the camera moving. Using my truck as a dolly in the desert brought some real energy to the shots. My key grip Colin Stoye was brought on to this project to do specifically that. He used the modern grip equipment of today’s film making process and was able to mount the camera an inch or two off of the ground while moving at high speeds. The crazy thing was that since the camera is a hand crank and you only get about a 25 second burst per full crank, I had to hang off of the back of the tail gate of the truck and roll camera once the car was up to speed. We wanted to keep a very natural vibe to the video and we decided to let the film and and the kinetic energy of ramping and over exposing the film the way it happens naturally within the Bolex to become a part of the storytelling process.

We also used some big sheets of mirror plexiglass to make create the highlights in some of the shots that you see in the video. There are a few animated shots that the director created in post but we are very proud to say that we did all of these effects in camera, on the day.

Which brings me to the project that inspired me for the Boards of Canada shoot.I was approached to shoot a music video by the director Adarsha Benjamin about a week before the Boards of Canada shoot for an artist named Ry Cuming. In my talks with her, I felt that the video needed a special vibe and energy that the Bolex had. The video was shot for his song called ‘The Shoreline’, from his band called, The Howling.

The Director approached me with a concept in mind for their song that was very experimental. When we discussed her vision I had a feeling in the back of my head that I needed to break out the camera that had been sitting in my closet.

My old 16mm Hand Crank Bolex was the choice. It had been over a decade since I had used this camera and I had been feeling the need to try out some new stuff and to shoot with film.

In this video ‘The Shoreline’, I was really able to have an open creative playing field since the director and I had vibed out and I really felt that I knew what she wanted. In saying that, the fact that this camera does not allow any possible way for the director to view the image during capture definitely allowed a massive amount of trust between me and the director.

I really pushed all of the possible effects I could directly in camera on this project. Having stepped away from the Bolex for many years, I definitely felt that it was time to try some new and experimental stuff with 16mm. Using the lens turret as a creative approach was one. I would set up the wide shot on my widest lens and then I would swing between the 3 lenses as the song would progress while the camera was still rolling. This turned out to be a creative success and brought so much energy to the video.

This camera was very challenging for both of these projects, since it is not the type of camera that allows you to communicate with the people involved, namely, the director.It really is a solo experience shooting with a Bolex, but if you have the right team and have the trust that is needed between yourself and the director that knows their creative vision, you can really get amazing stuff.

I have been fortunate enough to have shot a lot of film in my career and this was a really interesting way to come back to it after having shot so many projects in HD these last few years. Using the “disadvantages” of this camera turned out some amazing and creative  advantages to both of these projects in the end. We were able to do things that you simply cannot do on most professional HD cameras and with all of the digital projects that I have been shooting lately, the 16mm Bolex allowed me to push new levels in film that have been inspiring. Not only to me but to those who have an appreciation for the lost art of shooting film." 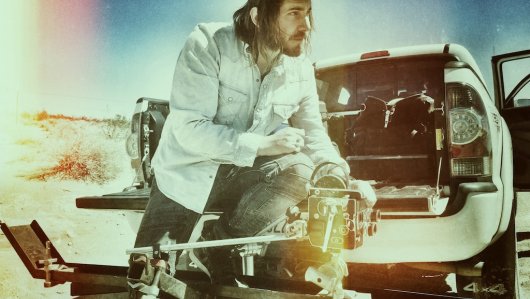 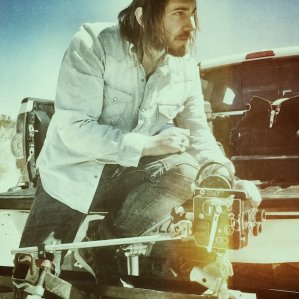