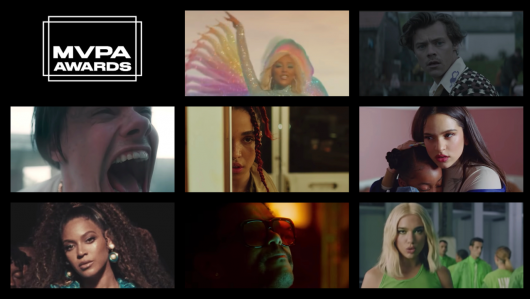 The 2020 MVPA Awards Nominations have been announced, celebrating a wide array of music videos in categories ranging from Genre Awards to Professional Awards, plus a special Lockdown category recognizing work made during the COVID-19 quarantine.

An in-person event is obviously dependent upon Pandemic restrictions, but winners will be announced in the coming weeks, with various roundtables and other activations planned.

Read More for the official press release, with details on the voting process, and the full slate of nominations.

Having made its official return in July, the Music Video Production Association (MVPA) is proud to conclude the year with the nominations for the 2020 MVPA Awards.

Fuliane Petikyan, President of the MVPA, remarks, “The Awards specifically were created to recognize talent in all the categories amongst our peers. It was important that the launch of the new MVPA included a diverse board that was invested in the growth of our industry and cultivating the creativity in all departments and genres of the production of music videos.”

Having partnered with the UK Music Video Awards this year, any videos by U.S. directors, production companies or artists which were submitted for UKMVA consideration automatically qualified and were entered for the MVPA Awards in that same category.

Petikyan says, “For years we have admired how the UKMVA have invested and produced their awards and by collaborating with them in 2020, we took on those same principles. Louise Stevens, who has been producing the UKMVAs for the last decade, oversaw each phase of voting and vetted all entries for fairness to ensure that no jurors could vote on a music video project they worked on or that their company produced.”

On formulating the judging process for the freshly relaunched MVPA Awards, Louise Stevens says, “We were able to share our knowledge and expertise to make voting in round one available to a large pool of over 120 jurors drawn from all across the industry via our bespoke platform. Our thanks go to those initial jurors whose votes provided us with a long list for each category, which then were taken through to round two.”

In the second round, live judging sessions were held via Zoom over five days. A specially selected panel of MVPA board members and associates spanning a range of disciplines discussed the nominations in each category before they voted in a secret ballot to produce the final shortlist and winner for each award.

Louise Stevens says, “There was some lively discussion, and rigorous attention to detail in the final voting, but the sessions also revealed a shared passion for the work on display and a determination to celebrate the incredible talent behind it. I commend all those who took part for their commitment to the process.”

Steven Gottlieb, Director of Videostatic, was among the group that participated in round two of voting. Speaking to the welcome return of the MVPA Awards, he says, “It’s the only U.S. video awards show with a specific focus on the producers, directors, and the other creatives and crew who make the videos. Voting this year was a rigorous and serious process involving multiple rounds and screenings to ensure that everything got the appropriate look, and yielded shortlists that reflected the year in music video.”

Dave Hussey, Colorist at Company 3, also voted in the second judging panel, saying, “We had such a great group of judges this year from a wide spectrum of the different disciplines in our business. This enabled us to have a wide perspective of opinions and some lively discussion about the many amazing entrants this year. We had many new and upcoming talents entered as well as quite a few familiar names. It wasn’t easy but we did our best to select some incredible nominees and I’m very satisfied with our selections.”

The winners and a possible awards event will be announced in the coming weeks, pending COVID rules and regulations. Additionally, the MVPA will be hosting various roundtables with nominees this month. Stay tuned for updates by following @themvpa.

Best Styling in a Video

Best Production Design in a Video

Best Choreography in a Video

Best Cinematography in a Video

Best Colour Grading in a Video

Best Editing in a Video

Best Visual Effects in a Video

Best Animation in a Video 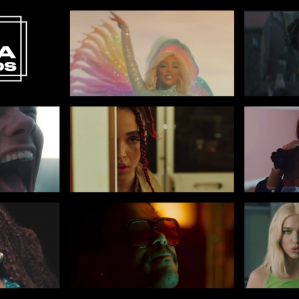