Our syndication of The 405's music video series Loud Visionaries continues, focusing on the new wave of music video directors and creatives.

Ryan Reichenfeld is name you should get used to hearing. The man's ambition might exceed his grasp, but by God, he has one hell of a grasp on what he's doing. After Justin Timberlake, Adidas and RAC came calling, a lot of people started tuning into his way of thinking. When The 405's own Elsa Bishop sat down with Ryan, she learned that music videos are only one part of the master plan...

read more for the interview

405: Can you break down your influences growing up?

Ryan Reichenfeld: I've always been attracted to eccentric, ballsy, sensitive, lone wolf, weirdos. Growing up, I didn't care about anything but skateboarding. If it didn't have to do with skateboarding I didn't want to hear about it, waste my time with it, because it was probably lame. My favorite skateboarder, and part role model, is Heath Kirchart. He's the human incarnation of "speak softly and carry a big stick" or "actions speak louder than words".

As I expanded my horizons after I got injured I discovered Ernest Hemingway. The Sun Also Rises and A Moveable Feast spoke to me, the way the characters carried themselves through life and how they dealt with problems made me feel less alone. After I got hurt skateboarding and couldn't continue a career with it I was taken about by a slew of directors for different reasons. Martin Scorsese, Stanley Kubrick, P.T. Anderson, Spike Jonze, Jonathan Glazer. They all seemed to focus on honesty in a different ways, and the way they stylized their honesty is what interested me.

RR: I was trying to drop out of high school so I could pursue skateboarding/go on tours with my sponsors, but my parents wouldn't support it. I was allowed to skip school a few times but I had to do most of my skating on weekends/holidays/summer. High School really got in the way of my skateboarding.

After getting hurt at the end of high school I had no plan so I ended up at a budget film school. I learned some stuff there but nothing compared to when I got an internship and just fully immersed myself in just making things. I once I just started making things I realized film school actually had been holding me back. The only thing school is good for is maybe making some friends, but if you're don't fit in with the crowd (I didn't) it's completely worthless. I'm not a fan of really any school, it's mostly a scam. If you can start working for someone you admire for free or intern, I'd recommend that over anything.

RR: I don't think you can plan out a big break, everyone I've met whose had what seems like a big break was really years of hard work in disguise. Working hard and committing to creating projects that speak to who you are is all you can really do, the rest is up to the universe.

405: How does each idea take shape for you now - what's the osmosis process /do you have any consistent forms of inspiration?

RR: Everyone is different, and music videos are a strange game to begin with.

Some directors base everything off the song or brief of what the artist wants or some type of topical inspiration that is in front of them. Sometimes this is the case for me, but 99% of the time I already have some concept/feeling/emotion/story/scene/character in the back of my mind that's been marinating there for months or sometimes years.

I can't shake these ideas, these ideas are too strong to let me think of anything else or turn anything else in, and if I do it just doesn't feel as good. I tend to repeat a lot of themes and characters unintentionally for this reason.

The best ideas (for music videos at least) are when I work with artists that match up to what I already have going on in my head, as opposed to changing who I am to match up to what an artist wants to do. So I end up passing on a lot of opportunities that come my way because they don't' feel right. For this very reason I"m looking forward to making films that start with these deep rooted inspirations/emotions that need to get worked out instead of trying to fit them into some odd music video puzzle.

I think it's important to be collaborative. Sometimes my ideas will spark something in an artist that then leads to another idea they have and then we go back and forth until we end up with an idea that's better than both of us could have thought up on our own. Sometimes.

405: There's a strong sense of composition and framing running through most of your work - it's a cinematic approach to music videos that's a cut above the hand-held run'n'gun trend. What trends do you see developing in the next 12 months? And what trends are already starting to fade?

RR: Thank you. Trying to stay relevant by doing what everyone else is doing for the moment then switching to the next cool thing seems like the perfect way to lose all of your creditably.

405: There's a magical realism running through your work which is grounded and relatable. Where do you see your feature efforts taking you?

RR: Thank you. The world is magical and the world is real. I try to be honest with myself and with what I'm doing, and I feel like that is what I connect with in films. Honesty is the reason you can do things like will crash test dummies to life or have a cowboy from the 1850s set up camp in modern downtown Los Angeles parking lot and have them still come off as authentic.

I just signed up with feature management at LBI Entertainment and agents at WME where I'm taking meetings and hunting for a script. After a few months I'm realizing that like in music videos, it's going to be easier and better if I write my own script rather than trying to fit my sensibilities into someone else's script. 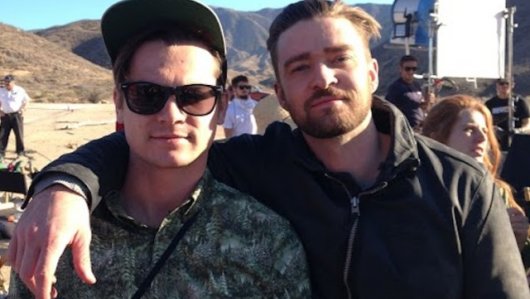 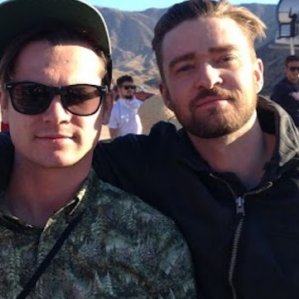